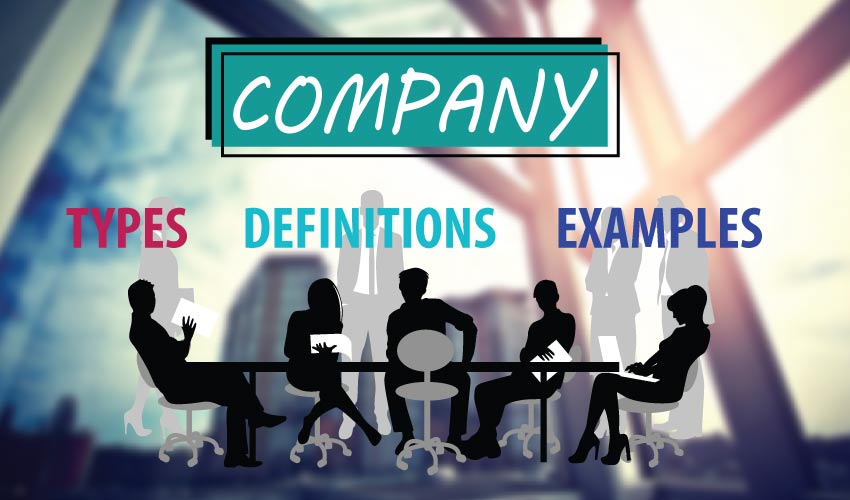 An optional association established and organized for running a business is called a company. In other words, any entity engaged in business is a company or a corporation selling goods or services for making money is a company. Legally, a company is a legal entity established by a group of people for performing a business. A company has a separate entity from the people who own, operate and manage its functions.

Companies can be classified into different types based on different criteria.

Based on the Number of Members

Each of the types is discussed below with examples:

Google India Pvt Ltd is a registered or an incorporated company.

A company incorporated by a special act of the central or state legislature or the parliament is called a statutory company. These companies are designed to run some business of national significance and mostly are invested with obligatory powers.

Federal Reserve Banks of the USA is an example of a statutory company.

These companies have a specified share capital and each member’s liability is limited to the extent if any unpaid on the shares. This liability may be enforced during the company’s existence and while winding up. The members won’t have any liability if the shares are completely paid up.

A company with no limit on its members’/shareholders’ liability is known as an unlimited company. Like an ordinary partnership, every member/shareholder is liable for the company’s debts in proportion to her/his interest in the company. These companies are unpopular in the Indian subcontinent.

Based on Number of Members:

A private company restricts the number of shareholders or members, the transferring right of its shares and refrains from inviting any public to subscribe to any debentures or shares of the company.

In the Indian subcontinent, a private company represents a separate legal entity having an address, a suitable name, at least two shareholders and at most two hundred shareholders, and at least 2 directors one being a resident of the operating country.

A company the ownership of which is open to the public is a public company. More clearly, anyone can purchase the shares of this company. No restrictions are here to the number of members or to the transferring right of its shares. But there are few other restrictions:

In UK, a public company should have two directors and at least two shareholders, have total values of allotted shares of at least 50,000 Pound, have a registered company address and have a company secretary who is qualified.

In the Indian subcontinent, a public limited company should have three directors and at least seven members and file a statement in lieu of prospectus or issue a prospectus with the registrar before allotment of shares.

It indicates a company incorporated outside our country and which has a place of business in our country. For example, Unilever, Siemens, Nestle, etc. are foreign companies.

A company registered and formed in a country is called a local company.

According to Section 4 of the Partnership Act, 1932, “Partnership is the relation between persons who have agreed to share the profits of a business carried on by all or any of them acting for all.”

In the case of banking business on a partnership basis, the maximum member number is 10 and 20 in the case of other businesses. Companies Act, 1994 (Sec.4) has placed this restriction.

Co-operative society indicates a voluntary association of people who perform business together for promoting their common economic purpose. It performs on the principle of both self-help and mutual help. The main motive is to support the members not to earn a profit. CHS Inc., Dairy Farmers of America, HealthPartners Inc., California Dairies Inc. are examples of co-operative societies in the United States.

Joint Venture Company is two or more persons’ or companies’ association involved in a solitary business company for profit without incorporation or actual partnership. Example: Vodafone & Telefónica works as a joint venture company and shared their mobile network.